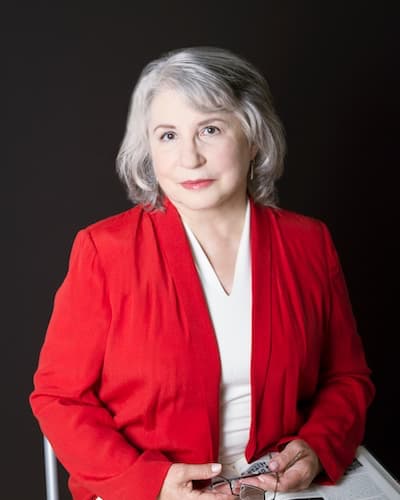 Patricia Bernstein was born in El Paso and grew up in Dallas. She earned a Degree of Distinction in American Studies from Smith College and taught English at Smith for four years before returning to Texas. In Houston she founded a public relations agency and published dozens of articles in media venues as varied as Texas Monthly, Cosmopolitan and The Smithsonian.

Her first book was Having a Baby: Mothers Tell Their Stories, a collection of first-person childbirth accounts from the 1890s to the 1990s. The second was The First Waco Horror: The Lynching of Jesse Washington and the Rise of the NAACP about a horrifying “spectacle lynching” which took place in Waco in 1916, and the young women’s suffrage activist hired by the fledgling NAACP to investigate the lynching. The third was Ten Dollars to Hate: The Texas Man Who Fought the Klan about the millions-strong 1920s Ku Klux Klan in Texas and across the US. The book was a finalist for the Ramirez Family Award from the Texas Institute of Letters and was named one of the 53 best books ever written about Texas by the Austin American Statesman.

Patricia lives in Houston with her husband Alan Bernstein where she sings with Opera in the Heights and other organizations, and admires the achievements of her three wonderful and very different daughters. A Noble Cunning is her debut novel, inspired by a story she heard during a visit to Scotland in 2014.

Additional information is available at Wikipedia.