The Countess and the Tower

About the Book Buy Book 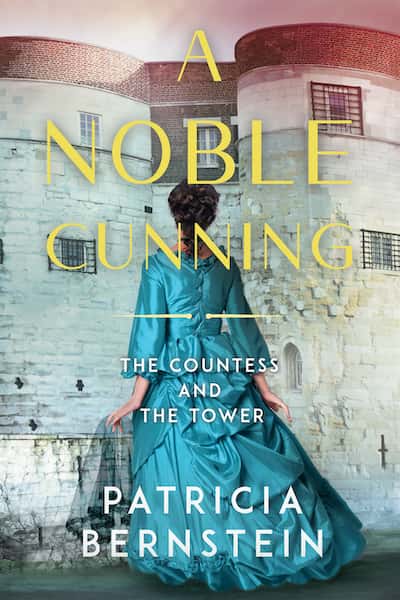 “…we shall do our utmost endeavor to have the land purged of Popish idolatry … particularly the abomination of the mass We shall never, consent, for any reason whatsoever, that the Penal Statutes, made against Papists should be annulled; but shall, when opportunity offers, be ready to concur in putting them to a due and vigorous execution.”
– The Auchensaugh Renovation of the National Covenant.

I had gone to bed early and slept soundly until I was awakened by a wild noise of cries and shouts almost under my windows. I rose and peered out. As if one of my most troubled dreams had come to life, at least one hundred men were gathered below, waving smoky torches and brandishing pikes and hammers and other tools they had probably seized from our smithy.

One night in London many years earlier, when I was a child of nine, I had witnessed a raucous anti-Catholic parade made up of London rowdies disguised as grotesque parodies of priests and bishops and the pope. Ever since then, I have feared mobs at night, faces distorted by flickering torchlight.

I looked down from my window upon this motley crowd of bedraggled sowers and reapers, my senses assaulted by the sting of smoke and the writhing fingers of flame. For a moment I swayed and felt that I might fall. Gavin, my husband, was many leagues away politicking in the back-street coffeehouses of Edinburgh. How could I face this crowd without him?

But I could not fall. I am Bethan Carlisle Glentaggart, Countess of Clarencefield, a Catholic amid the heathen Protestants, I thought, and must show neither fear nor weakness. Unruly crowds of this kind feed on the terror they engender in their betters. I repressed an involuntary shiver and vowed to demonstrate that they were dealing with a woman of spirit, in full command of her household, not a mere drawing-room ornament. They would not smell my fear. My heart banged violently in my chest, but I would smooth my features as I had seen my mother do when our family was threatened.

The boldest of the leaders–a ragged bunch with tousled hair, mismatched garments and broken-down shoes–hallooed up at me.

“Mistress, you are hiding a Romanish priest, a servant of Satan, and we will have him! Bring him out or we will come in, as is our right by law!”

Oh yes, of course, I thought but did not say, your “legal rights” are meant to be exercised in the dark of night with a mob at your back, against unprotected women and children.

My brain, still a little sodden with sleep, churned and brought forth no response for a moment, but then clarity broke through.

“Hold there, sirrah. I will come down to you,” I cried.

I tossed an unlaced gown over my shift and wrapped a cloak over the whole. Leaving my hair loose, I ran down the stairs, as the storm of bangings and knockings on the front door grew louder and more insistent. Despite the noise, I paused for an instant at the foot of the stairs to run my hands over my face, trying to forcibly soften lines of worry and subdue the pinch of anxiety around my eyes and mouth.

My companion Lucy had also risen. Shocked and pale-faced, she came running to me barefooted. For once, she, also abruptly jerked from sleep, had no advice to give. But I was beginning to feel more confident that I could maintain at least the outward appearance of a woman who was unruffled by scares in the night, even though my legs were trembling.

“I have read this chapter before,” I told Lucy. “When I was only seven, soldiers came to our home in Wales for this self-same purpose, hunting an illegal priest. I believe I can manage these vermin as my mother once did. None of these men are fit to kiss the hem of Father Jerome’s shabbiest robe.”

Then Lucy and I looked at each other. She gasped. The fact was we had been hosting Father Jerome, a secret missionary priest from France, traveling disguised as an itinerant shepherd and sleeping in the shielings or shepherd’s huts used during summer grazing.

Somehow the priests who came to Scotland knew where the Catholics were and who would welcome them. Father Jerome, diminutive and elderly–but sinewy and strong enough to climb goat paths from glen to glen–once acknowledged to me that he knew his ultimate fate would be exile, prison or perhaps death at the hands of a mob.

“We all believe that at some point we will be caught, my lady, and we are resigned,” he had said with his gentle smile. “When that time comes, I will be grateful for my years spent comforting a scattered and persecuted flock.” I had knelt and asked for his blessing. The itinerant priests were the holiest men I ever knew.

Father Jerome was supposed to have left us at dusk, but neither Lucy nor I had actually seen him go. He had a way of slipping away into the dark without making a sound. But what if he had not yet left and was still somewhere in the house? I had to hope he would take heed of the commotion and make himself scarce.

I could hear the leader of the mob yelling, “We will not give you time to hide him. Open this door or we will break it to…” I managed to raise the iron latch and pulled open the heavy oak door, just in time for him to screech the end of his sentence in my face, “…splinters.”

The night was cold. It was close to Christmastide and, though there was no snow, the wind was sharp. I gathered my cloak more closely around me.

This spokesman was of medium height and spindly, his coat torn and half off his shoulder. His long, greasy, gray-brown hair crept back from his forehead as if it were running away from his face, embarrassed by his actions. His linen was soiled, and his jacket sleeves were too short for his knobby-boned wrists. Ah, but he carried a Bible and proceeded to wave it in my face.

He hesitated, thinking perhaps to hide his identity, which was absurd. A shorter, even grimier man standing next to him–this one wearing a shapeless hat jammed almost down to his eyebrows–punched the leader’s arm.

“Minister Adam Goodnow,” the leader declared, and immediately tried to seize the offensive again by brandishing the Bible in my direction. “Bring us the priest and we will trouble you no further tonight: ‘For your priests have violated My law and have profaned My holy things; they have put no difference between the unclean and the clean and I am profaned among them.'”

“Ezekiel 22:26,” he concluded with an air of satisfaction.

“There is no priest here,” I said, forcing a calm tone into my voice that I did not feel. “We would bring no man into danger.”

“Your souls are in danger,” he spit at me, “if you follow the Whore of Babylon and pursue the Antichrist into darkness…”

I pushed my palm out towards him, intent on holding it steady. I had to find a way to keep a horde of wild men from rampaging through my home. I remembered that, when the soldiers came to Castle Banwy in Wales, when I was seven, my mother took control by telling them they could search for a priest if they left their muddy boots outside. Something about the foolishness of marching upstairs and down in their dirty stockings full of holes took the edge off their eagerness to find the priest. Perhaps I could keep most of these men outside if I gave way just a little.

“It is late,” I said. “My babies are asleep. I desire you not to wake them. Three of you–no more than three–may come in and search the house…if you do it quietly and do not wake the children.”

Return to A Noble Cunning

Buy from the Publisher