The Lynching of Jesse Washington and the Rise of the NAACP

About the Book Buy Book

The story of the Waco Horror begins with the discovery of a body. Just about sundown on the evening of Monday, May 8, 1916, near the town of Robinson, eight miles south of Waco, twenty-one-year-old Ruby Fryer and her brother, fourteen-year-old George Fryer Jr., returned home from chopping cotton on the family’s two-hundred-acre farm. In the heavy heat and quiet of the late afternoon, they noticed that their mother, Lucy Fryer, was not in the house as usual. Just as George was going out to look for her, Ruby peered through the window and saw Lucy lying in a pool of blood in the doorway of the seed house, about thirty steps away. A neighbor, Cris Simon, had been away from home all day and had just come back through the big gate at the main road when he heard Ruby and George screaming and crying over their mother’s body. It was probably Simon who ran for George Fryer Sr., who had been working in a different part of the field from the children, about a mile from the house. The Waco Times Herald reported that when George Fryer Sr. learned that his wife was dead, he “was overcome.”….

Lucy Fryer lay in the doorway of the seed house “almost brained and criminally assaulted.” Her skull had been bashed in at several points and her clothing was disheveled. Dr. J. H. Maynard examined her and reported at the trial that “a quantity of brain had escaped from the cranial vault” and at least two of the six wounds on her head, made with a heavy, blunt instrument, could have killed her.

Deputy Sheriffs Lee Jenkins and Barney Goldberg arrived on the scene first and were followed soon after by Sheriff Samuel S. Fleming, Constable Leslie Stegall, and Deputy Phil Hobbs. Both Stegall and Jenkins were highly regarded peace officers. Jenkins began his career in law enforcement as a Texas Ranger in 1880 at the age of eighteen and was elected constable in 1883. Later he served as deputy sheriff, detective, and chief of police. When he died in 1929, he was described as “the best criminal detective the Lone Star state has known.”

About fourteen years younger than Jenkins, Stegall also began his career as a peace officer as a very young man when he became a deputy sheriff in 1897. He served Waco as constable from 1912 to 1922, and then was elected McLennan County sheriff for the next ten years. Stegall, like Jenkins, was described by admirers as “a detective type officer who used modern methods of detection in the days when strong arm methods were prevalent.” At this point in their illustrious careers, however, both men were subordinate to friendly, accommodating Sheriff Fleming. Although Fleming got most of the credit for solving the murder of Lucy Fryer, it was Lee Jenkins, according to at least one newspaper report, who immediately found evidence that pointed to a suspect. The “evidence” may simply have been the fact that Cris Simon had that morning seen a black farm laborer, seventeen-year-old Jesse Washington, planting cotton about 250 yards from the Fryer house-closer to the house than either Mr. Fryer or the children and close enough to know that after the noon meal no one else was around.

Jesse Washington, with his mother and father, Henry and Martha, and at least one brother, William, possibly about sixteen, had been living and working on the Fryer farm for only five months or so, since the beginning of the year. According to Elisabeth Freeman’s account of the lynching, there were also some younger children in the family. Jesse Washington was a large, strong young man, but was illiterate and possibly retarded. When Freeman went to Waco to investigate the lynching for the NAACP, one of Washington’s teachers told her that no one had ever been able to teach him to read or write.

One lifelong resident of Robinson, Thomas Hague, claimed in an interview that he was told by his father, Hugh Hague, who was a close friend of George Fryer Sr., that Jesse Washington was not retarded, but “a little bit thickheaded” and “just plain ol’ lazy.” The elder Hague tried to get Jesse Washington to help him with some carpentry work, but the task seemed to require more effort than Washington wanted to put out. Or perhaps carpentry was simply beyond Jesse’s abilities.

One of the best indications that Jesse Washington was “absolutely deficient,” as Elisabeth Freeman puts it in her report, is not, according to her reasoning, the fact that “he attacked an old woman of 53 when this young girl [Ruby] was in the family.” Enough is known about rape now to know that the impulse is not activated by the victim’s sexual appeal. The more revealing detail is, rather, the fact that, after Jesse Washington supposedly raped and killed Lucy Fryer, he went placidly back to planting cotton as if nothing had happened and made no effort to escape or to cover up his crime other than hiding the hammer that was later said to have been used in the attack. Freeman reports that when Jesse Washington was arrested, he was frightened at first, but then “curled up in the automobile and went fast to sleep…”

Whatever the intelligence or temperament of the alleged assailant, as soon as word of the murder of Lucy Fryer got out, a general hue and cry arose in the Robinson neighborhood. The male residents, “thoroughly aroused and greatly incensed over the terrible crime,” reports the Times Herald, organized to try to help the officers find the culprit.

From the first, the Herald seasoned news stories about the murder with incendiary language designed to make the tale more dramatic. Helpful asides include the following: “That Mrs. Fryar [sic] had made desperate resistance against the brute who assaulted her and then completed his fiendish crime by killing her, was unmistakable”; and, “That she was given no chance for her life is apparent, and the lustful brute waited until he was absolutely sure no help was in sight before he attacked his helpless victim.”

Fortunately for Jesse Washington, the officers found him before the men of Robinson did. He was sitting in his yard, unconcernedly whittling a piece of wood…

Return to The First Waco Horror 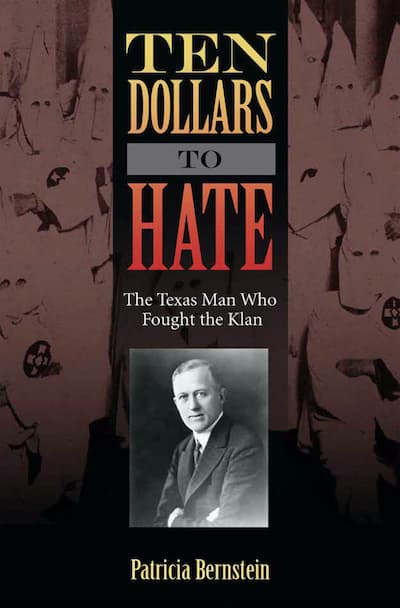