Queen Anne, last of the Stuarts, told a tale about a warming pan and changed the course of history

Perhaps without fully realizing it as events developed, Princess Anne Stuart played a role in the series of events that brought a German who spoke no English from Hanover to London to become king of Great Britain in 1714. The trouble began with the birth of a royal baby in 1688. 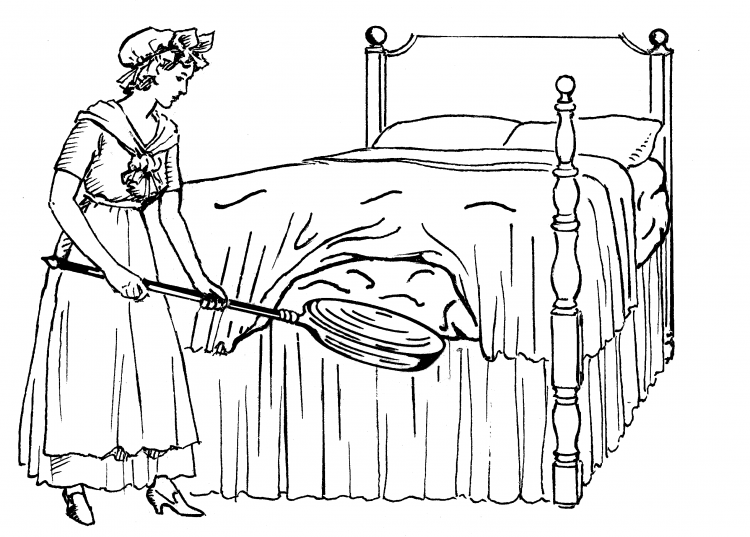 Horrified at the prospect of being supplanted by a new Catholic baby, Mary and especially Anne played an active role in creating or encouraging a story that Mary Beatrice, was feigning her pregnancy. The tittle-tattle about the pretend pregnancy climaxed in the whopping fib that the queen’s labor was also feigned and a mysterious boy child had been smuggled into the birth chamber in a warming pan. Never mind that a baby would have had to be dismembered to fit in a warming pan!

Gossip about the birth became so widespread that only four months after little James Francis Edward Stuart was born, the king was forced to hold an inquest so that witnesses could testify publicly as to what they saw when the baby came into the world.  The testimony of over 70 men and women who witnessed the birth personally was recorded and published.

Nevertheless, the “Glorious Revolution” soon followed when William of Orange, who was married to James’ oldest daughter Mary, invaded. James II fled to France, terrified of being executed as his father Charles I had been, and equally terrified of what might happen to his infant son if the family stayed in England. He knew the story of the young princes murdered in the Tower of London many years earlier.

Princess Anne, however, did not go into exile in France. She ran away from Whitehall Palace in the middle of the night, abandoning her father, to join her husband the Prince of Denmark who was now fighting with William of Orange.

As William and Mary succeeded James on the throne, and Anne succeeded William and Mary without any heirs—a new law was passed requiring that the crown would pass to the first Protestant relative in the line of succession. A German, George, Elector of Hanover, would follow Anne on the throne. Did the ill and aging queen ever regret passing the throne on to a distant and foreign relation rather than to her own half-brother, young James Francis Edward Stuart? Did she regret the role she had played in the “warming pan” scandal?

Anne’s last surviving child, little William of Gloucester, died at the age of 11 in 1700. There were rumors that, in her intense grief, Anne wrote to her father in exile and promised him that, if she were to rule after William of Orange, her half-brother would follow her.

Even up to Anne’s death, supporters of the young “king over the water” passed on stories that the dying queen had left a will under her pillow, declaring that her closest relation James Edward would rule Great Britain after her despite his Catholicism. If this was true, however, any such letter was taken away and destroyed. And thus a German who spoke no English became king of Great Britain instead of a young Englishman.

Home  »  Out of the Past (Blog)  »  Queen Anne, last of the Stuarts, told a tale about a warming pan and changed the course of history